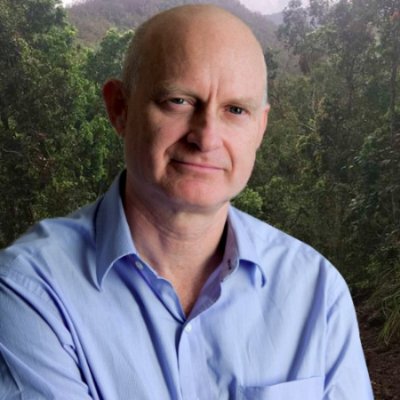 Our Journey Creating a Crypto Coin

We experimented with Raiden, EOS, Neo, Cordano and other blockchain platforms.

We settled on Ethereum, then added Stellar:

When CryptoKitties came along in November it overwhelmed the Ethereum network — Transactions were slow and too expensive.

We had to find an alternative blockchain platform that would still support the Ethereum network protocols — We found Stellar:

The Stellar platform provided a solution that gave new Crypto users a universally recognised ERC20 (and ERC721) token and their own, light, crypto wallet on a low cost distributed ledger.

We integrated Stellar, Ethereum and IPFS for storage into Our SocialO.io Platform

Using the SocialOS open APIs that took over 6 years to create, our team of 5 designed and developed the app in just 213 hrs.

Jesse Skinner, one of our rockstar developers agreed he would livestream his hard work on Twitch (a site typically known for gamers streaming their skills) — His fans watched him write the code. At one point Jesse was stuck trying to sort out a problem and one of his realtime viewers proposed a solution that worked!

We hired two 3rd year legal interns to research the top 100 ICO Whitepapers — we sorted them by presentation, clarity and project value and ranked them best to worst

We chose our favorite 10, and learned a lot.

We decided too many ICOs lacked substance in an uncertain regulatory environment.
We had a product that was ready, on a platform developed over many years, that had supported over 300,000 users.

We decided not to do an ICO, rather we decided to do a continuous sale (like CryptoKitties).

8 Team members and 5 lawyers contributed to the Whitepaper, 400 man hours later it was ready to go.

Our CCO (Chief Cartoon Officer), Adam Long illustrated the History of Social Networking https://www.youtube.com/watch?v=3hrH6OqVX_w and several other series for us in 2011. We asked Adam to watch youtube blockchain industry personality videos.
He came up with a character that was:

I went to 9 Crypto and Blockchain Conferences in 2 months, meeting with 15 industry expert attorneys. We engaged 7 of them.

The legal team unanimously agreed that Ƙred Coins were not a security(according to the Howey Test).

We then had to work out whether we fit into any other regulatory description — Were we a commodity, a currency or even a property (as crypto was being labelled by the IRS) ..or were Ƙred Coins a new asset class? Its a fungible non fungible digital asset!

We reviewed the US state regulations and were advised we could sell Ƙred Coins in 36 states. We could not sell in NY, Vermont, Washington or Connecticut.

I went to DC to attend the Congressional Financial Services Committee Hearings.

Congressman Brad Sherman (CA) stole the show with an opening line “Crypto is Crock” and an ending questioning — why we can’t all just use USD.

Congressman Tom Emmer (MN) was inspiring and argued there is an opportunity for the US to lead the way with legislation that encouraged blockchain innovation.

I met two of the witnesses giving evidence:

Very grateful to both for their time and guidance.

After the hearing, I had lunch at the Capital Club with the very smart lawyer and lobbyist, Dina Ellis. Surrounded by Republicans we ate delicious guacamole, burrata and minute steak.

We agreed that Ƙred Coins were a different type of digital asset (based on it being both personalizable and collaborative) and required education. She thought that not only were Ƙred Coins creating a customized token, it may also be interesting to politicians who felt that Facebook and Twitter had become too influential in determining election outcomes.

Big Thank you to Empire.Kred Community members led by Lynn O’Connell and Vince Perriello who have helped us test early versions

While creating and distributing Coins during their pre-release access, they helped us find bugs and discover new Use Cases:

Some of the offerings we have seen in the space have more advisors than team members — We heard about one ICO with 20 Advisors and one developer! We did not want our product to lead with the credentials of our “Advisors”. Our product was ready to go — Our product was the hero.

We decided to interview Advisors during the initial Early Access period, based on who stood up and was passionate about our mission and its execution.

We met with Chris Brogan and Neal Schaffer at SMMW in San Diego.

Thank you to Chris for being one of our first signed-up Advisors on the project.

We ran early adopter events in NYC, SF and London. And spoke at SF Developerweek, Token Fest, Cryptopalooza (below), The Future of Blockchain and NIFTY.

Here are a few ideas shared by the attendees:

We have ended up with a Crypto Product that is at this stage unique in three ways:

We have received great feedback, tweaked the ui and are now releasing it Community by Community — http://www.coin.kred/communityaccess

When I was 17 yrs old in High School (1977) we debated the wisdom of the reserve currency movement away from the gold standard — if it wasn’t underwritten by “real” assets how could it be valuable?

If you had told me then, that one day I would be thinking about the economics of our own crypto asset, I would have not believed you. Not 17 anymore — I have started my own Ƙred Coin journey with a series of Bald Coins (to celebrate Baldness):

Welcome to the era of personal digital currencies.

Disclaimer: Our owners, writers, and/or guest post authors may or may not have a vested interest in any of the above projects and businesses. None of the content on this blog is investment advice nor is it a replacement for advice from a certified financial planner.